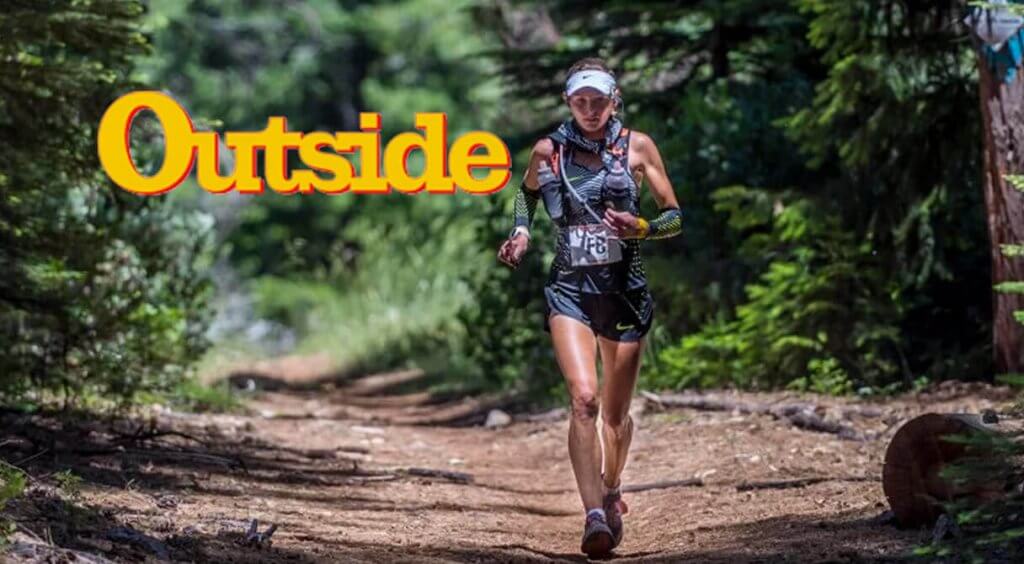 “At the outer edges of endurance sports, something interesting is happening: women are beating men”

Read the Full Article at Outside Online

Rory Bosio proved to everyone that she has what it takes to compete on a global scale when she made her mark in August of 2013. Bosio competed in the Ultra Trail du Mont Blanc, a 106-mile course through the French, Swiss, and Italian Alps that climbs more than 33,000 feet.

“She trailed well behind the leaders for the first six hours. But as the race stretched into the evening and most competitors slowed, Bosio held her pace. When the American runner in pink shoes and a blue running skirt crossed the finish line in 22 hours 37 minutes, she’s destroyed the women’s record by 2.5 hours!”

She finished seventh overall, becoming the first woman to crack the top ten at the event as well as beating dozens of elite pro men.

As mentioned in the Outside Online article, this isn’t the first time that a woman has broke through at a major endurance competition. There was Pam Reed, who won consecutive 135-mile ultramarathons. Amelia Boone, who took second overall at the World’s Toughest Mudder. Lael Wilcox, who became the first woman to win the Trans Am, a 4,300-mile unsupported cycling sufferfest from Oregon to Virginia.

“[Wilcox] completed the route in just over 18 days after passing Greek rider Steffen Streich in the middle of the final night. When she caught him, Streich proposed that they ride together to the finish. Her response: ‘No way, it’s a race.’” Talk about girl power.

“In one weekend this past December, women runners took five outright victories in ultramarathons across the country, with 42-year-old Caroline Boller setting a new course record at the Brazos Bend 50-mile trail race in Texas.”

The point in all of this isn’t to say that women are better than men, or that one sex is more superior than the other. But rather, it is to prove that women are a lot tougher than a lot of people realized.

“Women have smaller muscles, but their muscles don’t tire as quickly.”

Whether it’s playing lacrosse, working a 12-hour shift, or being a full-time mom, we know that women are masters of endurance and capable of working hard for long periods of time. However, there’s still not a lot of research out there to clearly illustrate what we already know.

“While women do appear to have some biological advantages in endurance, those advantages remain poorly understood because of a lack of research.”

Whatever the case, women are tough. We can do it all and not grow tired of it. We can fight harder, endure longer, and finish faster because we’ve got the right stuff. Our favorite quote from the Outside article was this:

“All these guys will go out hot, and hours later I catch them,” says endurance athlete Rebecca Rusch. “They always ask, ‘Why do you start so slowly?’ And I answer, ‘Why do you finish so slowly?’”

In life or in sports, we love this answer.

Read the Full Article at Outside Online