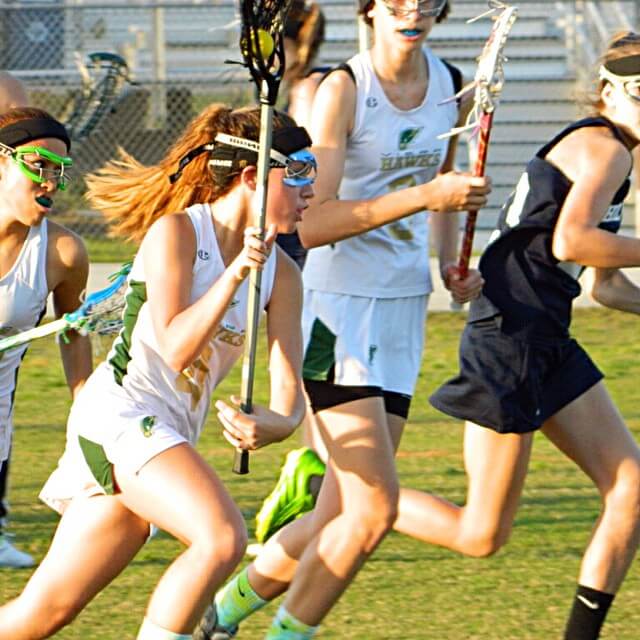 We were at a competition in Florida where we were approached by Taylor. When she saw that we were wearing helmets while playing she expressed relief that women's lacrosse was trending to use better safety gear and volunteered the story below of her own head injury sustained while playing lacrosse. Her story, and attitude toward an active and safe lifestyle continues to be our inspiration. The photographs and story are posted here with her permission.

My name is Taylor Triolo. I was in a bad lacrosse accident on September 27th, 2015 that lead me to never be able to play again. When I was 16 years old I was playing in an off-season game. Everything was fine until the incident had occurred. From my memory of the incident I was playing on the field and then the next second I’m being strapped onto a gurney wearing a neck brace and waiting for a helicopter to pick me up. I woke up terrified because I didn’t know what was going on. From that point paramedics told me I got hit in the head to the point where I was unconscious for 15 minutes. I was so confused and out of it that I couldn’t understand what they were saying to me. As they were telling me what had happened they were pushing me to the ambulance to start an IV to have an entrance into my body in case I had a seizure so they could give me medicine right away. Once the IV was in they let my dad and mom in one at a time to see me. I didn’t understand why they were crying, all I knew was that I had a migraine and my neck had this strong pain. The helicopter finally came and transported me to the nearest hospital where I got CAT scans and was examined by multiple doctors. I remembered being rolled into that trauma room and seeing over 10 doctors waiting for me to arrive to start treating me. When I got my results luckily there was no bleeding or anything, it was just a really bad concussion and I was discharged that night. 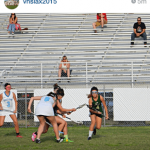 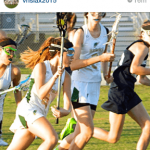 I was only supposed to miss two days maximum of school. The doctor suggested that but those two days turned into three weeks of absences and leaving early from school on multiple days. During that time my coach checked up on me and told me how this happened. When I was going for the ground ball I got up and I hit the defenders hip, pushing my head backwards, and when I fell I hit the back of my head as well as the pushing my head forward. So not only did I get hit in the head from the front and back, I also had a whiplash effect to my neck giving me two small bulged discs. The whole incident occurred because girls’ lacrosse has no helmets. All we had was a foam headband that didn’t do anything to help because I wore it while it happened and I was still injured badly.

Now, over a year later, I still show symptoms of my concussion. Within that year I have been to three different neurologists, two physical therapists, one pain management individual (where I had to get eight injections in my neck and part of my scalp to get rid of pain), and two orthopedics. Besides the big hospital trip on the day of the accident, I have gone back to the hospital 3-5 times for pain. I had stop going to doctors because I heard the same thing every time I went. I heard there’s nothing we can do and we just have to watch, and no playing sports. What the doctors were saying about me was just so bad for me to hear that I didn’t want to go anymore because I don’t want to keep hearing that there’s nothing we can do. Meanwhile I’m in pain 24/7. I can’t remember one pain-free day I’ve had since the injury occurred. And it continues to this day.

Read the article from when I was picked up on the field from our local news.

In the picture of me in the green jersey that picture was taken a moment before I got a concussion just six months before the major one occurred and as you can see I’m wearing the headband. The picture on the right of that is me after the injury which is why the doctor doesn’t want me playing again because I had two concussions within six months.